You are here:
Judiciary 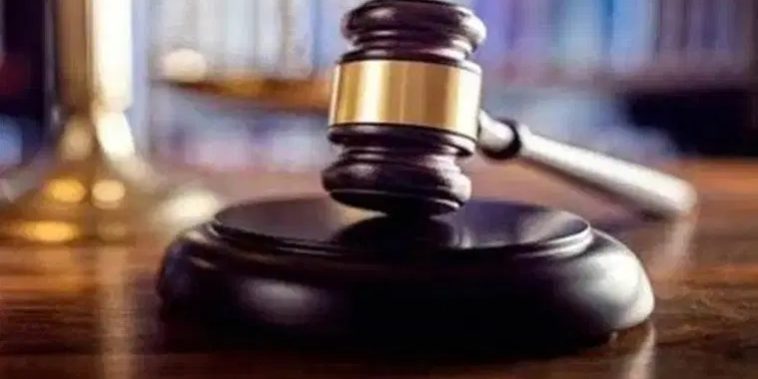 While the lockdown has been extended, it is unlikely to continue indefinitely. A phase-wise opening of the economy is anticipated. But the crisis is neither over nor is the virus disappearing. Not until a vaccine is developed and accessible to all.

The lockdown by the government was timely to ensure the virus’s containment. It also bought the government time to organise the much-needed resources to fight the virus. Be it importing or manufacturing PPE kits, including N95 masks, coveralls, goggles, nitrile gloves, ventilators; enhancing testing facilities, permitting door-to-door sample pick-up services by private laboratories or innovations such as AgVa portable ventilators and splinter ventilators — it is all happening and is much-needed. But this is not the sound of the pandemic ending. It is only the beginning.

Despite this reality, it is also not possible to have an indefinite lockdown. The economy simply cannot sustain it. And the success of how we keep this virus at bay will depend on how we balance two antithetical interests — social distancing on the one hand and the continuance of work on the other.

In a surprising but pleasant move, it is the judiciary that has shown us how this antipodal balance can be achieved. No, not by way of a judgment, but by swiftly adapting itself to technology. Long perceived as the monolith reluctant to change, the judiciary has acted with uncharacteristic speed and led by example.

In the run-up to the days of the lockdown, the courts had realised that its corridors would be a breeding ground for the pandemic. They quickly organised themselves to hear only matters of extreme urgency. As the lockdown ensued, courts adopted various technology platforms such as WhatsApp calls, video-mobile, Zoom.us and video conferencing to hear matters. Listing of matters could be done over a phone call to the designated registrar. “While the system is yet not perfect, but it is indeed heartening that even in these difficult times, justice can be accessed,” says Jaideep Gupta, senior advocate, who has appeared before the Supreme Court (SC) in hearings conducted through WhatsApp and video-mobile calls. Things are not perfect and there is much to be done. But in all fairness, the system is evolving every day.

Taking cognisance of a letter sent by Vikas Singh, the former president of the Supreme Court Bar Association, a three-judge bench of the Supreme Court held that technology “has enabled courts to enhance quality and effectiveness of the administration of justice”. The apex court authorised high courts to take such measures as necessary for their continued functioning through video-conferencing and adopt the requisite modalities suitable for their transition, and also for district courts in each state to adopt this model. The SC observed that while “scaling down of conventional operations within the precincts of courts, was a necessity to reduce transmission of the virus”, at the same time “access to justice is fundamental to preserve the rule of law”.

In recent days, the SC began hearing what it categorised as “short matters”, which include tenancy disputes, compensation matters, transfer petitions, bail and anticipatory bail matters. The Delhi High Court and certain tribunals have also further streamlined the process of e-filing and listing of urgent matters.

In the days to come, we anticipate and hope that the courts will expand on the as-yet-unwritten definition of “urgency” to permit access to virtual courts to a larger number of litigants. Also, judges must seriously consider operating from their home offices. The process of notarisation and oath commissioners must be dispensed with and filings need to be permitted under the attestation of the concerned lawyer. Such a model is already in place in certain courts such as the Madras High Court. The courts should also consider dispensing with oral hearings, except in urgent or exceptional matters and decide matters based on pleadings/written submissions, at the very least in those cases where both parties are agreeable and regarding more routine matters. Justice D Y Chandrachud has propagated the institutionalisation of technology even after the lockdown is lifted.

It is hoped that this transition in the judicial model will be an inspiration to other sectors. Of course, there will be sectors, such as manufacturing and construction, where the work-from-home model will not be possible and yet their commencement may be imminent to keep the economy afloat. For them, strict protocols for social distancing, to the extent possible, are already underway and will need to be strictly enforced. The ban on large gatherings, including religious and social ones, must continue.

However, sectors where work-from-home is an option, such as the services and educational sectors, must take a leaf out of the judiciary’s book and mandatorily continue to operate within the confines of the lockdown guidelines. They must recognise their unique place in this moment of crisis and use their skills in confinement — not merely as a duty but as an obligation — for the development and continuance of the economy, while allowing the necessary space for the social distancing of those who have no option but to leave the safety of their homes.

This article first appeared in the Indian Express on on 28.04.2020. You can view the original article by following the link:

Making access to justice a virtual reality
May 23, 2020
Payal Chawla
Payal Chawla is founder of JUSCONTRACTUS, India's first and only all-women law firm.