You are here:
Feminism 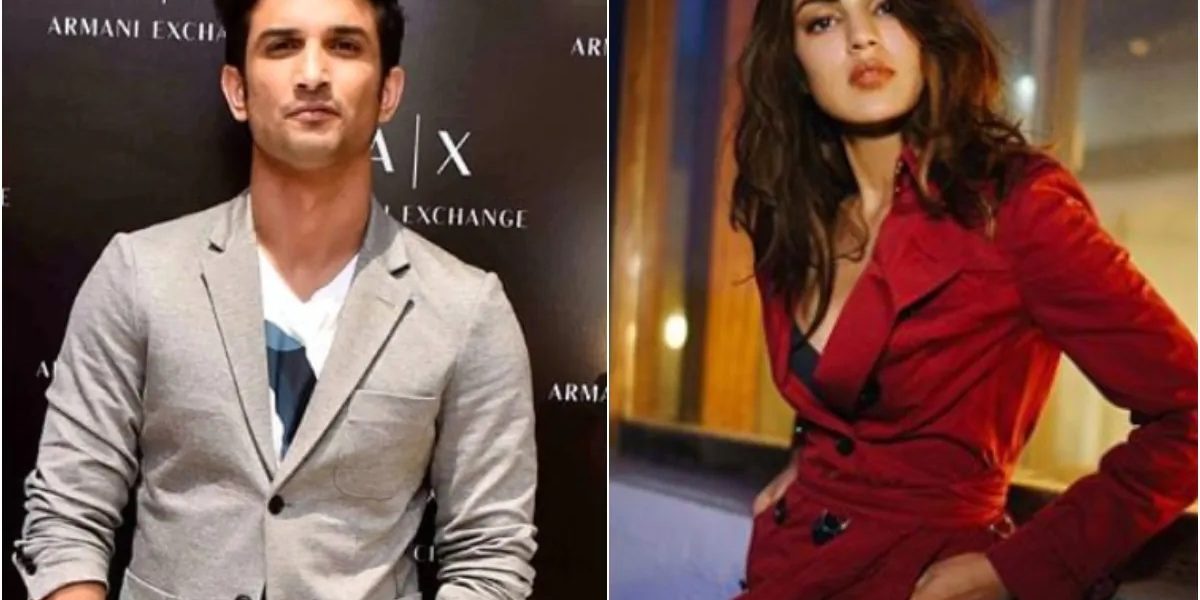 Just two months after Bollywood actor Sushant Singh Rajput was found dead in his Mumbai apartment, his actress girlfriend Rhea Chakraborty has found herself at the centre of a vicious hate campaign led by some of India’s most high-profile journalists and social media trolls.

Rajput was a rising star in India’s popular Hindi film industry, and his death shocked India. His body was discovered in his bedroom on 14 June. Mumbai police said the 34-year-old appeared to have taken his own life, and reports in the press suggested that the actor had been dealing with mental health issues.

But within days, the attention generated by his death had shifted to Chakraborty. She has become the subject of gossip and innuendo and misogynistic abuse. Every little detail of her life and relationship have been laid bare and debated in public.

Conservative television hosts have described her as a “manipulative” woman who “performed black magic” and “drove Sushant to suicide”. On social media, she has been trolled mercilessly and called a “fortune huntress”, a “mafia moll” and “sex bait to trap rich men”.

Last month, Chakraborty posted on Instagram a screen grab of a message from a person claiming to be a fan of Rajput’s, threatening her with rape and murder and urging her to “commit suicide otherwise I will send people to kill you”.

The trolling turned nastier after Rajput’s father lodged a police complaint on 25 July, accusing Chakraborty of abetment of suicide. He alleged that Chakraborty had been stealing his son’s money, was overdosing him on medication, had threatened to make public his mental health issues, and had distanced him from his family. He also denied that his son had any mental health issues.

On Thursday, his allegations that Chakraborty had been “poisoning his son” and had “murdered him” were making headlines in India. Chakraborty has denied any wrongdoing or involvement.

Though there is no evidence Chakraborty committed a crime, and Rajput’s death is still being investigated, much of the press has already declared the actress guilty, said senior Supreme Court advocate Meenakshi Arora.

“She’s been hanged, drawn and quartered,” Ms Arora said, alluding to a form of grisly punishment handed out in medieval Britain for high treason.

“It’s a complete trial by media. It’s the job of the investigation and the courts, it’s not the job of media to try her. Legally, this is so wrong,” she said.

Payal Chawla, a lawyer, said: “The reporting is terribly terribly troubling. This rabble rousing, this voyeurism, this attempt to satiate public desire for gossip is hugely problematic.

“It also shows how easy it is to hang women out to dry at every opportunity. The issue is not whether she’s guilty or not, what I find problematic is this sort of pre-trial, the mob justice, the vigilantes calling for her arrest.”

For her part, Chakraborty has appealed to Home Minister Amit Shah for a fair investigation into Rajput’s death, she has approached the Supreme Court over the “unfair media trial”, and issued her own statement denying all the charges levelled against her.

According to reports, Chakraborty and Rajput began dating in the summer of last year and moved in together in December. On 8 June, a week before Rajput’s death, Chakraborty went to stay with her parents and wasn’t home when the actor killed himself.

“Still struggling to face my emotions… an irreparable numbness in my heart… I will never come to terms with you not being here anymore,” she wrote.

Her friends have told Huffpost that she was deeply in love, she put his health and happiness above her career and felt his pain as her own.

She told journalist Barkha Dutt that Chakraborty had been Rajput’s “strongest support” and said that the actor “depended on her as a mother figure”.

Her statement led many to question whether Walker had broken doctor patient confidentiality. It also put the spotlight on the faults in Indian media’s coverage of sensitive issues like suicide.

“The tragedy of the actor’s death is awful, but look what we have done to the issue of mental health,” said Ms Chawla.

Nash, a gifted American mathematician, was diagnosed with paranoid schizophrenia. Williams, an American comedian and actor, took his own life in 2014.

But in the case of Rajput’s death, nuance has been lost in much of the coverage in Indian media, which has drawn on speculation and unsubstantiated leaks to paint Chakraborty as a villain. Her relationship and finances have been under investigation for weeks, and on Wednesday, India’s Narcotics Control Bureau opened its own investigation after media reports claimed the actress was using drugs.

“She’s an accused, but in a way she’s now become a victim,” said Ms Arora. “We don’t know whether she’s guilty or not, but the media trial seriously jeopardises her chances. It will also put extreme pressure upon the judge who has to try this case.”

The coverage had been “reckless”, she said, and “geared towards sensationalism to gain viewership”.

This is not the first time the Indian press has run away with a high-profile case, muddying the waters with its own investigations. The slow pace of Indian judiciary and the nation’s weak libel laws can act a deterrent for those wronged by the press, discouraging them from seeking damages, Ms Arora said. She called on the courts system to issue a gag order in Chakraborty’s case.

“This is obstruction of criminal justice,” she said, “and the press must be asked to refrain from a media trial.”

This article was published by BBC on 27.08.2020. The original article can be viewed by following the link:

We Women Want – “Normalising abuse and toxicity in relationships”
December 21, 2022
The Court’s Conscience
May 4, 2019
Payal Chawla
Payal Chawla is founder of JUSCONTRACTUS, India's first and only all-women law firm.