One Night in Nagrota 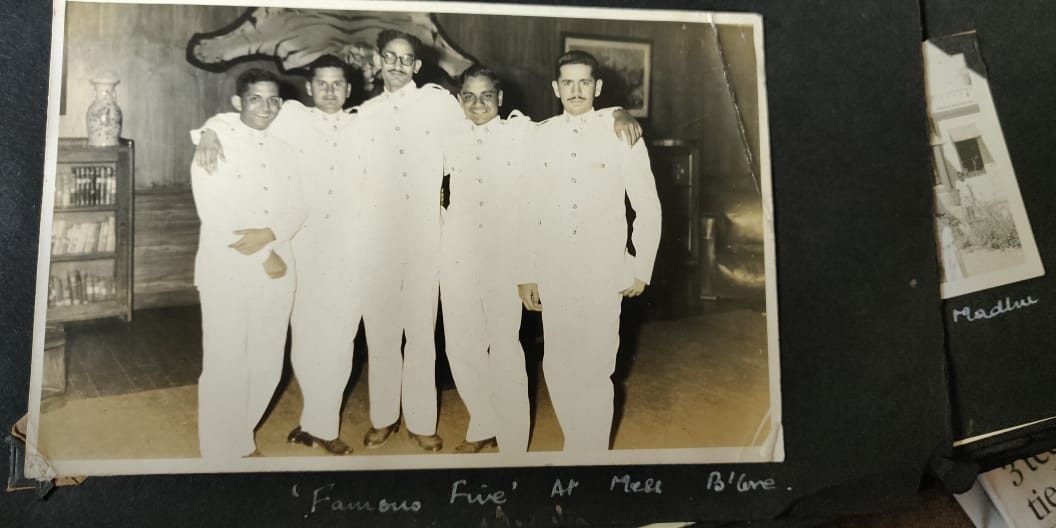 In recent weeks Chushul has been in the news. It has the highest airfield in the world. This airfield was built in 1961. Our father and his friend since Kindergarten, Col. Trilok Mehrotra, were part of the elite force that build the airfield.
When winter set in, they were both sent to Nagrota, a town in district Jammu. The living quarters allotted to them were across a ‘naala’, in an abandoned barrack, surrounded by big trees. It was desolate and eerily quiet. The silence would be broken only with the soft sound of the wind.
Their allocated barrack was large and rectangle-shaped. As the night fell, they retired to their beds, which were 40 feet apart. There were no lights in the room to switch off.
On their first night in the barrack at Nagrota, Daddy was woken up by a frantic Uncle Triloki. “Lalit! Lalit! – get up! wake up!”, he said, as he jostled Daddy’s arm. “Someone is standing on my head” he continued. True to Daddy’s style, he growled – “What nonsense Triloki! There is no one here. Go back to sleep – it’s just your imagination”.
Somewhat comforted by Daddy’s bravado, Uncle Triloki took a long walk back to his bed. 15-20 minutes later, Daddy was again woken by Uncle Triloki, who insisted, there was indeed a man standing on his head. This time Daddy offered profound advice – “Triloki, close your eyes and sleep.”
But it would not be long before Daddy would scream – “Triloki – help me! help! he has captured me. You were right – there is a ghost. I saw him. He is running circles around my bed wearing PT Shoes”. As Daddy struggled to break free, the voice screamed back – “Calm down Lalit. It’s only me, Triloki”. It would be a few more minutes before the confusion would settle. They heaved a sigh of relief – it was only them. Momentarily.
“Sahab, sahab” someone shouted from outside the Barrack , as he pounded on the door. Daddy opened the door, somewhat circumspect. To his relief, it was the orderly. “Sahab – sab theek hai?”, he asked. Uncle Triloki said – “Haan Haan, sab theek hai – aisa laga tha koi PT shoes mein yahan baag raha hai”.
“Haan, Sahab. Thode saal pehle ek jawan maar gaya tha, uska bhoot yahan PT shoes mein bhaagta hai” said the orderly.
I leave it to you to imagine how they spent the rest of the night.
Two years today, Daddy – we miss your stories, we miss the way you told them, we miss laughing with you. We miss you.